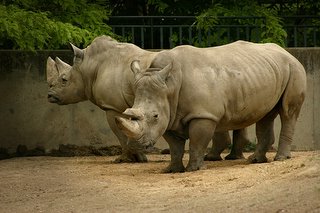 Help us save the Sumatran Rhino by saying NO to Rhino by-products.