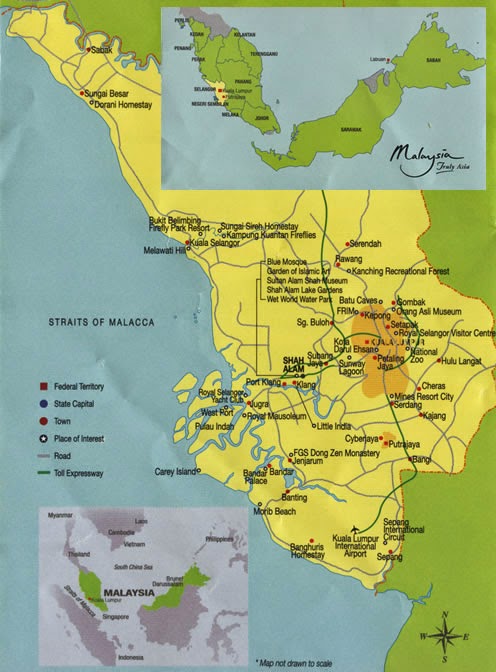 Selangor is the heartland of the nation, it is the most developed in the country, it has the largest port and airport, it houses most institutions of higher learning in Malaysia, it’s infrastructure and communications facilities are among the best in the region, and so on. But Selangor is also one of the most fascinating and scenic destinations in Malaysia, providing visitors a delightful, never-ending discovery.

With a bustling economy of agricultural, industrial, commercial and tourism activities, Selangor is home to 4 million Malaysians. The diversity of people makes Selangor a melting pot of culture, language, art, music and cuisine.

The history behind Selangor is one of constant rife for supremacy. Originally settled by the Minangkabaus of Sumatra, Selangor saw the influx of Bugis in the 17th century. By the 18th century, they had established a sultanate which was constantly at war with the Dutch. In the 19th century, the boom in the tin trade attracted the Chinese. The 1860′s were turbulent times for Selangor with feuds among Malay chieftains, Bugis and Chinese tin miners.

Capitalising on the situation, in 1874, the British appointed a British Resident in the state. The increasing prosperity of Selangor led the British to include it in the Federated Malay States in 1896. In 1948, it joined the Federation of Malaya which eventually became Malaysia.

Selangor, with an area of approximately 8,000 sq. km, extends along the west coast of Peninsular Malaysia at the northern outlet of the Straits of Malacca. Its advantageous geographic position and rich natural resources have made Selangor the most prosperous state in Malaysia. Today it has the distinction of being the most populated state in Malaysia, with about 3.75 million inhabitants. A large proportion of Selangor’s population lives around the Federal Territory of Kuala Lumpur, though the balance is now shifting towards its new capital, Shah Alam.